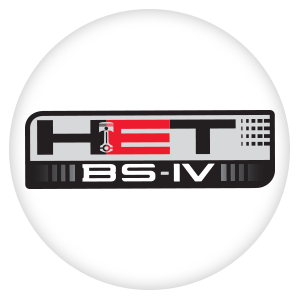 In the beginning months of the fiscal year 2017, the honorable Supreme Court of India had banned the sale of vehicles that had a BS III engine installed under their vicinity. The country moved from BS III to BS IV engines for all motor types. Two-wheelers were the most affected segment when it comes to the number of BS III unsold units.

What changed after BS IV introduction

The major changes that came handy with BS IV engines were regulations for engine emissions, the tailpipe emission was checked for harmful nitrogen coming-out, evaporation from fuel tanks and much more. This led to a change in the body structure of the new vehicles that rolled out after the order. BS IV engine features a larger catalytic converter which can cater flow volumes for restricting and hence, eliminating harmful nitrogen. Now, most bikes require a secondary airflow system for the purpose of adding oxygen just before the catalytic converter. Retro fitment is now more difficult and hence, complex designs have emerged and the price has also gone up a bit.

BS IV technology involves in Honda Activa 4G resorting to much complex yet effective ECU as well as ignition control setup. This technology features an array of a standard idle map as well as a full-throttle map for a proficient control over the timing of the ignition. This, in turn, produces a much cleaner burn during the ignition, hence, less pollution is produced from under the engine’s vicinity. What comes as a great fact is that, the byproduct obtained from BS IV engine shows a kind of linear acceleration, it also provides a better fuel economy to the end-consumer.

Specifications of the BS IV engine for Honda Activa

The all-new BS IV engine produced by Honda Motors for their best selling scooter Honda Activa is a 109.2 cc displacement engine. The majestic mechanical beauty offers a maximum power of 8 BHP which has been clocked at 7500 rotations per minute. What comes as a unique feature is that, the maximum torque production now stands at 9 Nm recorded at 5500 rotations per minute. The engine would feature only one cylinder with a supported fuel tank capacity of 5.3 liters.

The compression ratio of the engine is 9.5:1, while it contains a 50 mm Bore & a 55.6 mm of Stroke. The recorded top speed of the engine rests at 83 kilometers per hour. It also features an array of aspects like better suspension, solid build quality blended with great mileage and also an AHO facility. Air filter featured under the latest BS IV technology by Honda Motors is a Viscous paper filter. Activa is now installed with a better and productive engine and is ready to cater the demands of Indian consumers. 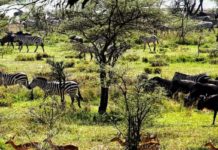 5 of the Best Locations for a Hunting Vacation in Africa